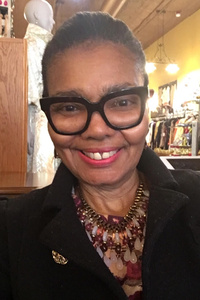 Pursuing the model and acting industry for personal satisfaction. I have an AA Degree, Liberal Arts, 1987, Joliet Junior College and BA from University of Phoenix, Science in Management. I enjoy politics, watching CNN, shopping, tailoring, playing a few notes on my violin and praising God for his goodness.

Completed the John Casablanca Model and Talent Agency, 2002, concentrating in TV commercials, runway, print and voiceovers. I am retired but have am licensed to sell life insurance and fixed annuities. I have Customer Service, investigative, and excellent verbal and written skills. Also, I appeared on the History Channel in the Conspiracy Theories, 2005, and worked as an extra for Wooleyhead Productions, an Independent film producer that I found through Explore Talent. Appeared in a charity Video for the United Way of Will County and was a contestant in the Illinois World of Wheels Pageant